Meet Our Dedicated Board of Directors 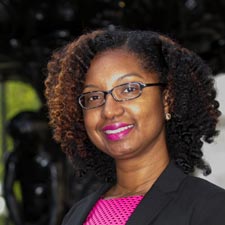 INGA O'NEALEDirector
Inga O’Neale is a graduate of SUNY at Stony Brook and Hofstra University School of Law. She is Principal Law Clerk in the Kings County Supreme Court, Civil Term. Ms. O’Neale volunteers as a Small Claims Court Arbitrator and serves in her local Lions Club. 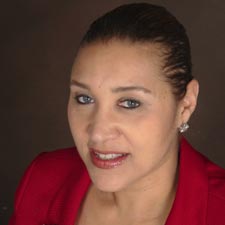 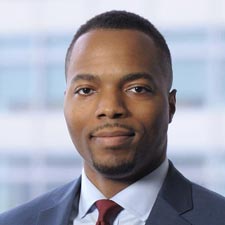 ERIC A. LOVEDirector
Eric A. Love is an associate at Paul, Weiss, Rifkind, Wharton & Garrison LLP, where he focuses on the organization and operation of private investment funds. Mr. Love represents sponsors of a broad range of private investment funds, including private equity funds, hedge funds, credit funds and real estate funds. He advises clients on the development, formation, marketing and operation of their funds, and on regulatory and compliance matters for funds and their management companies. Mr. Love was also recognized by Law360 as a “Rising Star” in Fintech in 2019. 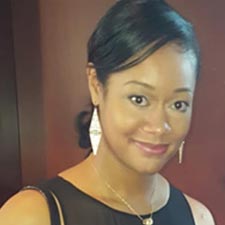 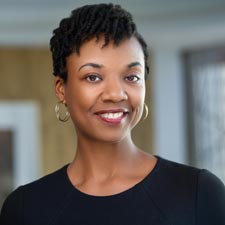 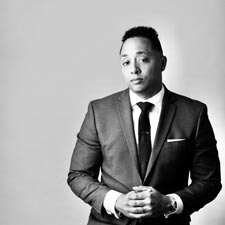 PHILLIP HAMILTON, ESQ.Director
Phillip C. Hamilton is an experienced trial attorney and litigator in the areas of complex state and federal criminal defense, civil rights actions, and contractual formation and disputes.
Phillip began his legal career at The Bronx Defenders, working within its world renowned Criminal Defense Practice. While there, he successfully defended over 2,000 clients, and tried several cases to acquittal. As a supervisor, Phillip taught the art of criminal defense to a team of
Ivy League-educated lawyers, and had his work featured in The New York Times, The Huffington Post, and the New York Daily News.
Since 2015, Phillip has primarily defended white-collar professionals charged with serious, high-profile offenses. His successes include a full acquittal for a senior financial analyst charged with attempted murder, a full dismissal of criminal charges for the son of a prominent NYC attorney, and a number of favorably negotiated pleas for international dignitaries hailing from
Luxembourg, Turkey, and South Africa. Phillip regularly appears as a legal analyst across cable platforms, including BBC World News, CourtTV, and the Fox News Channel.
Phillip received his law degree from Yeshiva University’s Benjamin N. Cardozo School of Law where he was honored as a David Berg Fellow for the Public Interest. He is admitted to practice in New York State, the United States District Court for the Southern District of New York, and
the United States District Court for the Eastern District of New York. 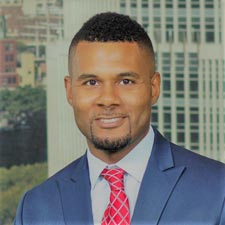 KEVIN JORDANDirector
Kevin B. Jordan is the Global Legal Lead for the Leap at McKinsey client service line at McKinsey and Company and is an Associate General Counsel of McKinsey Digital. In his current practice, Mr. Jordan is responsible for providing advisory and transactional support to newly built businesses and supporting the digital and analytics business with respect to equity investment, intellectual property protection, data privacy concerns, AI/ML techniques and advanced analytics. Prior to joining McKinsey, Mr. Jordan was a Vice President and Assistant General Counsel at JPMorgan Chase where he supported the firm’s consumer bank on the use, access and protection of consumer data, particularly as it relates to artificial intelligence and machine learning techniques. Mr. Jordan also managed the bank’s Global Intellectual Property Litigation and Enforcement Practice where he counseled clients on a wide array of matters including intellectual property litigation, domain management, use of third party IP, regulatory issues involving IP, trademarks, trade secrets, M&A due diligence and varied transactional needs.
Prior to joining JPMorgan Chase, Mr. Jordan practiced as an associate at the law firm of Kenyon & Kenyon LLP in New York, where he advised clients on patent litigation, opinion work and e-discovery matters.
Mr. Jordan began his career as a data scientist in the consumer packaged goods industry using advanced database techniques to target consumers for domestic and international marketing campaigns.
Mr. Jordan is a graduate of the University of Michigan’s College of Engineering with a B.S.E in Industrial & Operations Engineering, and earned his J.D. at the American University – Washington College of Law in the nation’s capital. 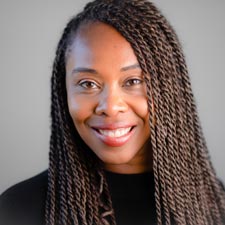 ASHA SMITHDirector
In addition to her Juris Doctor degree from New York Law School, Asha Smith holds two Master Degrees from The New School. As a -Public Defender for the Legal Aid Society, Asha represented some of the most vulnerable persons in New York City in serious felony cases. 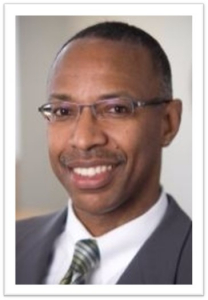 WAYNE MCKENZIEDirector
Wayne S. McKenzie is General Counsel for the NYC Department of Probation (DOP). He is the primary advisor to the Commissioner on all legal, legislative and compliance matters; ensures that the DOP is operating within the law at all times; is a member of the governing cabinet and Labor-Management Committee; and manages all agency attorneys and legal staff. He is also actively involved in key reform efforts and special projects in DOP’s Adult and Juvenile Operations.
Prior to joining DOP, Wayne was the founding Director of the Prosecution & Racial Justice Program at the Vera Institute of Justice. The program, the first of its kind and national in scope, has partnered with district attorneys around the nation to pilot an internal assessment and management procedure that is helping supervisors identify evidence of possible racial or ethnic bias in their staff’s aggregate decision making and respond appropriately when it is found. Before joining Vera, he was a prosecutor in the Kings County District Attorney’s Office in Brooklyn, NY where he held several supervisory positions and prosecuted high profile cases in several specialized bureaus. He is nationally viewed as an expert in prosecutorial discretion and racial justice issues and has been a presenter and panelist at numerous legal and other professional conferences, community events and in Congress and state commissions.
Mr. McKenzie is a Vice-President-At-Large on the American Bar Association Criminal Justice Section Council, which is the governing body of the CJS. He is a past chair of the CJS Committee on Racial & Ethnic Justice & Diversity; and is a former member of the ABA Council on Racial & Ethnic Justice and the Standing Committee on Gun Violence. He also serves on the advisory boards of two CJS projects geared towards improving the fair delivery of justice in the courts and legal community and was a key participant in the development of a cultural competency curriculum designed for criminal justice practitioners. Wayne is also a commissioner on the ABA Center for Racial & Ethnic Diversity, the “umbrella” entity for the primary entities within the ABA that address racial and ethnic diversity and inclusion. He is past Chair and current Board member of the Metropolitan Black Bar Association and the 2012 recipient of MBBA’s Public Servant of the Year Award. Wayne is also a Past President of the National Black Prosecutors Association and a two time recipient of the Association’s Presidential Award of Excellence. Other recognitions include the National Organization of Black Law Enforcement Executives’ Lloyd Sealy Award for Service in the Area of Criminal Justice and the FEDCAP 2014 Community Impact Award.
Wayne is an active participant in community outreach programs and has a special interest in criminal justice reform and public safety, and in programs that focus on youth. He serves on the Board of Directors of GreenHope Services for Women, a not-for-profit treatment, rehabilitation and alternative to incarceration program for women with narcotics-related criminal histories; the Caribbean American Center of New York, a non-profit that focuses on services for youth of immigrant communities in New York City; and the NYC Criminal Justice Agency, a not-for-profit with the mission to assist the courts and the City in reducing unnecessary pretrial detention.
His media involvement includes appearances as a legal analyst on Court TV and Fox TV cable news and as a featured prosecutor in an A&E TV series on the Criminal Justice System. Mr. McKenzie received his Juris Doctorate degree from the George Washington University School of Law, Washington, D.C. where he served as chairperson of the Black Law Students Association; was a member of the Moot Court Board; and a member of the Admissions Diversity Recruitment Committee. He is a graduate of the City College of New York where he received a B.S. in Biology and majored in Microbiology in the M.S. program. 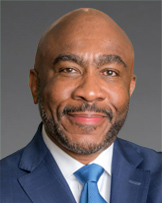 Eric CottleDirector
Eric Cottle is an experienced trial attorney and litigation partner and resides at K&L Gates’s New York and Pittsburgh offices. He practices in a variety of areas, including complex commercial disputes, consumer product defect claims and advises clients in the manufacturing and technology industries. Eric has extensive first chair trial experience and has successfully argued cutting edge legal issues before various courts in hearings and in trial with great success, and represents clients across the country in multidistrict and multinational jurisdictions and in high volume and high-stakes trials. Eric also advises clients in several key areas, including managing risk and developing and implementing company-tailored solutions to complex legal issues that align with the client’s current and long term business objectives. Eric’s litigation and risk management experience extends to the industries of commercial coatings, metal manufacturing and fabrications, heavy-duty industrial port machinery and off-shore products, energy and technology.

MIRLANDE TELFORTDirector
Mirlande Telfort maintains a busy debt finance practice with an Am Law 50 law firm, while actively promoting diversity and inclusion and serving her community. She focuses her practice on representing banks, private equity funds and other investors in a variety of complex financing transactions. She counsels clients in a broad range of industries, with a focus in the healthcare, manufacturing, technology and retail sectors. Prior to joining her current law firm, Mirlande practiced in the corporate department of New York-based international law firm, where she represented leading investment banks and other institutional investors in corporate transactions involving high-yield debt and equity offerings. In addition to her robust legal practice, Mirlande serves on various leadership committees focused on the recruitment, retention and promotion of women and diverse attorneys and continuously devotes her time and resources to non-profit organizations committed to assisting disadvantaged groups. Mirlande received her bachelor’s degree in Political Science and Economics from Emory University and her juris doctorate from Howard University.
Toggle Sliding Bar Area