Our History & Our Mission 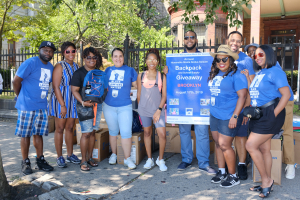 The purpose of the Metropolitan Black Bar Association is to: